I live in Rootstown, Ohio with my wife Leslie.   I am  originally from Kent, Ohio and work as a Senior Technical Specialist at the Goodyear Tire and Rubber Company. 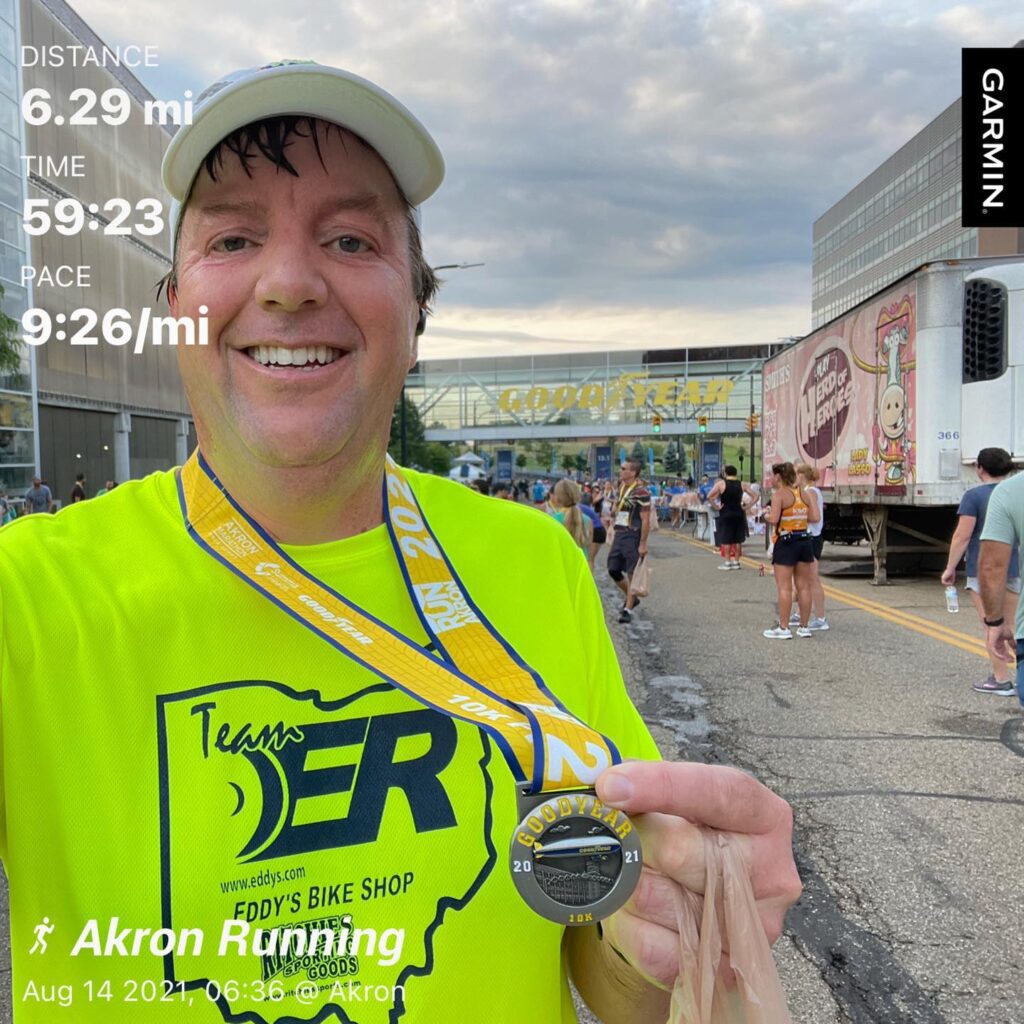 I didn’t start running until I was around 50 after a sightseeing run with my wife  Leslie in Paris, France that got me hooked.   My wife Leslie is an accomplished runner with a goal of running a 1/2 marathon in every state.  So far she is on her 25th state.

My first 5K was the Kent Turkey Trot which I remember was the first time I had run over one mile without stopping.  Since then I’ve run many 5K, 8K, 10K, 15K, and two 1/2 marathons.   In 2018 I completed the Berlin Marathon in Berlin, Germany. 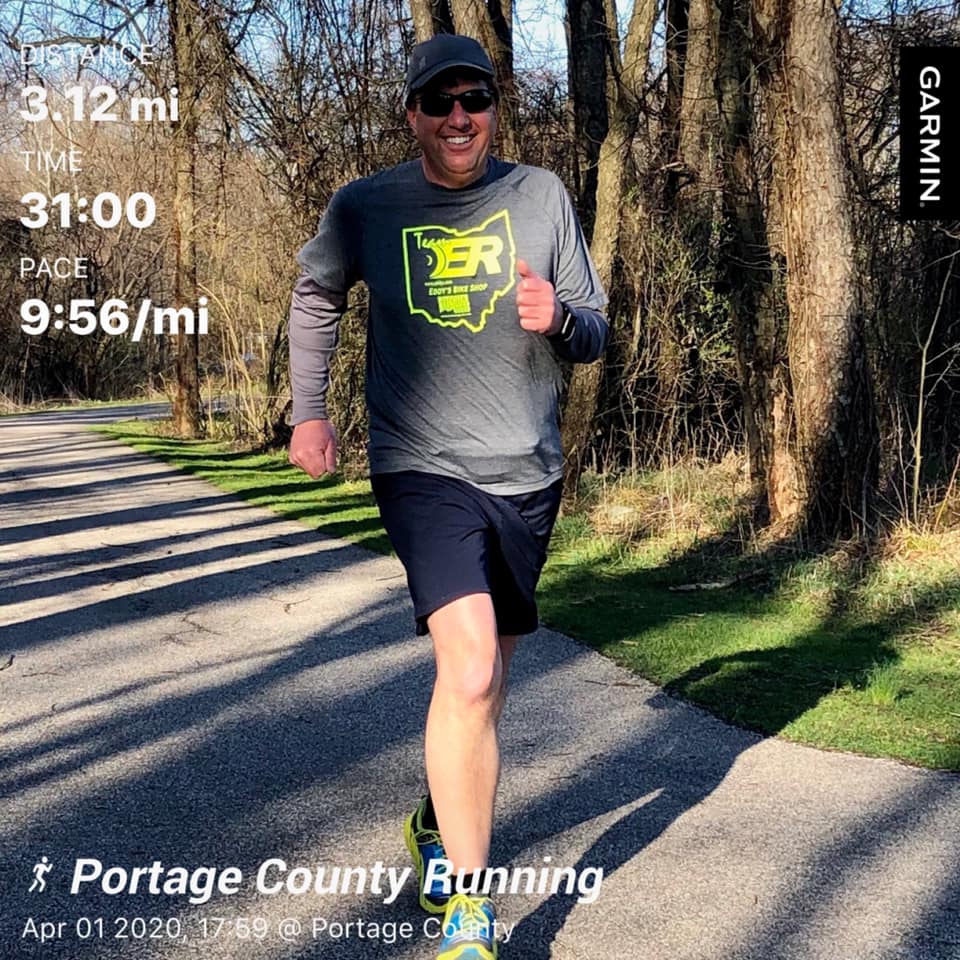 When I am not running I spend a lot of time riding my bike on the Towpath Trails often while Leslie does her long runs.   Along with running and cycling I also volunteer for races when I’m not competing.   I plan to run in several national races across the country that are 15K or less during Leslie’s 1/2 marathon 50 state challenge as well as compete in several local races.